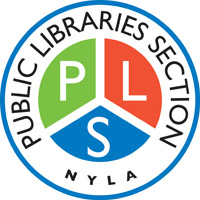 I Write about Race - a panel discussion

Description:
In our daily lives, we are often confronted with matters concerning race, but are not always given the language to articulate these concepts. Presenters of this panel discussion will talk about the need to write, publish, and supply books that honestly discuss race and racism. How can books be used to facilitate difficult dialogue?

Richard Bell
Richard Bell is Professor of History at the University of Maryland and author of the new book Stolen: Five Free Boys Kidnapped into Slavery and their Astonishing Odyssey Home which is shortlisted for the George Washington Prize and the Harriet Tubman Prize.

Jennifer Brown (she, her, hers)

Jennifer Brown is an award-winning entrepreneur, dynamic speaker and diversity and inclusion expert. She is the Founder and CEO of Jennifer Brown Consulting (JBC), a strategic leadership and diversity consulting firm that coaches business leaders worldwide on critical issues of talent and workplace strategy. Brown is a passionate advocate for social equality who helps businesses foster healthier, more productive workplace cultures. Her book Inclusion: Diversity, the New Workplace & the Will to Change (2016) will inspire leadership to embrace the opportunity that diversity represents and empower advocates to drive change that resonates in today’s world. Jennifer's second book, How to Be an Inclusive Leader, is a shortlist O.W.L. Award and Nautilus Book Award winner in Business categories, and provides a step-by-step guide for the personal and emotional journey we must undertake to create an inclusive workplace where everyone can thrive.

Veteran social and political activist Dr. Ron Daniels was an independent candidate for President of the United States in 1992. He served as Executive Director of the National Rainbow Coalition in 1987 and Southern Regional Coordinator and Deputy Campaign Manager for the Jesse Jackson for President Campaign in 1988. He holds a B.A. in History from Youngstown State University, an M.A. in Political Science from the Rockefeller School of Public Affairs in Albany, New York and a Doctor of Philosophy in Africana Studies from the Union Institute and University in Cincinnati.  Dr. Daniels is a Distinguished Lecturer Emeritus at York College, City University of New York where he taught courses in Political Science.

From 1993-2005 Dr. Daniels served as first African American Executive Director of the Center for Constitutional Rights (CCR). During his tenure CCR emerged as a major force fighting against police brutality and misconduct, church burnings, hate crimes, voter disenfranchisement, environmental racism and the threats to civil liberties posed by the government’s response to the September 11, 2001 terrorist attack.

In June of 1995, Dr. Daniels led an African American fact finding and support delegation/mission to Haiti. As a result of the visit, the Haiti Support Project (HSP) was created to mobilize ongoing political and material support for the struggle for democracy and development in Haiti. HSP has emerged as the leading African American organization working to build a constituency for Haiti in the U.S.

A prolific essayist and commentator, Dr. Daniels’ column Vantage Point appears in numerous Black and progressive newspapers and web sites nationwide.  He also the host of a weekly issue-oriented public affairs talk show on WBAI, 99.5 FM on the Pacifica Network in New York and until recently, he served as an occasional Guest Host for Make It Plain with Mark Thompson, SIRIUSXM Radio. He is author of Still On this Journey: The Vision and Mission of Dr. Ron Daniels.

Dr. Daniels is Founder and President of the Institute of the Black World 21st Century (IBW), a progressive, African centered, action-oriented Resource Center dedicated to empowering people of African descent and marginalized communities [www.ibw21.org]. As the administrator for the National African American Reparations Commission (NAARC), IBW has emerged as a leading organization within the U.S. and global reparations movements. NAARC has devised a 10 Point Reparations Program and is a stanch support of HR-40, the Congressional Bill that would establish a National Commission to study reparations proposals for African Americans. Dr. Ron Daniels serves as the Convener of NAARC.

In 2019, Dr. Daniels was honored to be designated a Founding Member of Fraser Nation, under the leadership of Dr. George Fraser and to be appointed Secretary of State for this emerging Virtual Nation.

There is no cost to attend any or all sessions in the Combating Racism webinar series. The Public Library Section of NYLA has elected to sponsor this series, making it accessible to all. Beginning on August 18, 2020 registration will be open through the NYLA Online Membership Center.