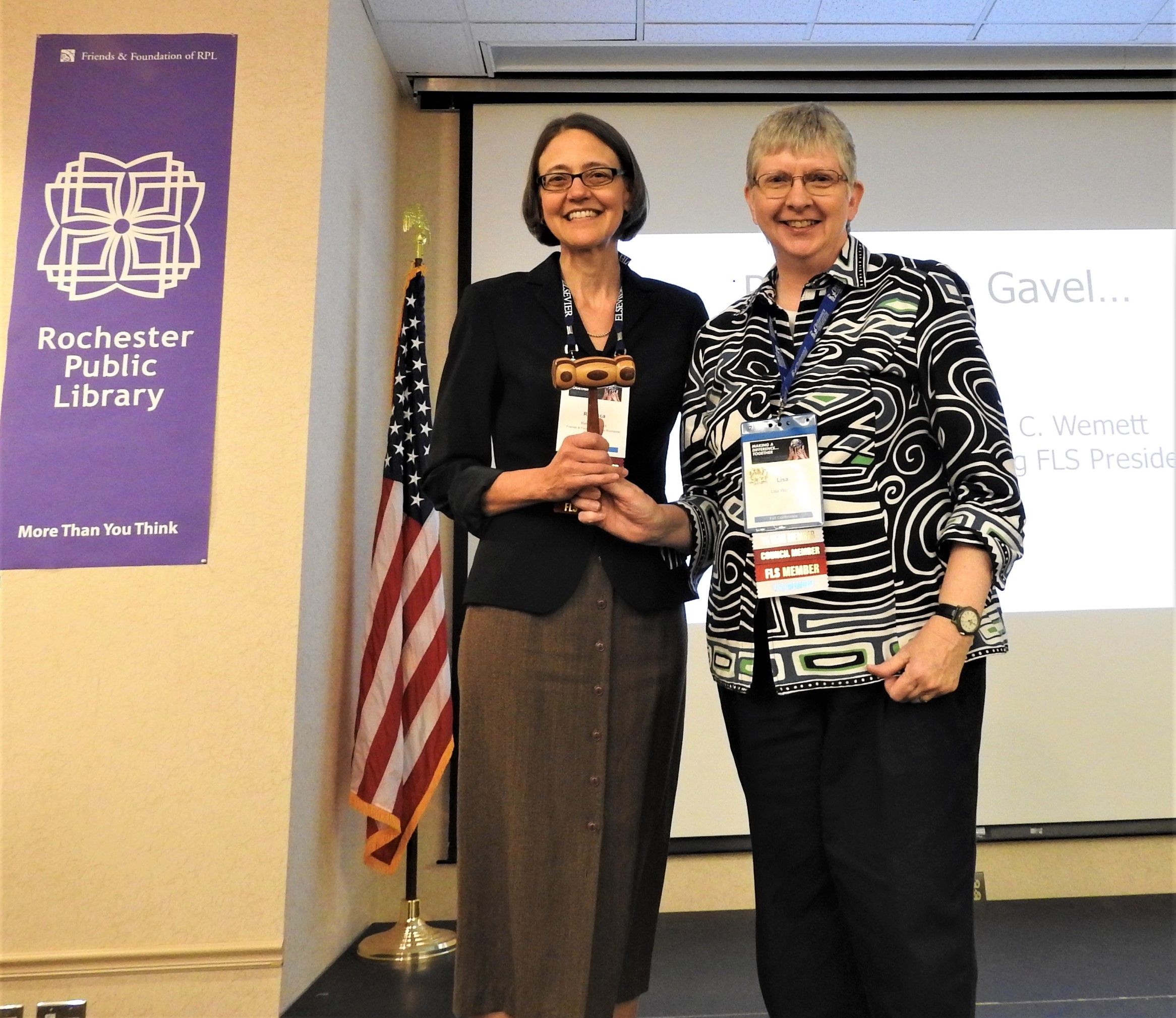 The Friends of Libraries Section had its most successful conference ever this year! The Section offered four different programs on Friday, Friends Day at the Conference, and a double session on Saturday.

Thanks to the support of the Friends & Foundation of the Rochester Public Library, FLS was able to host its first ever Friend-Raiser Luncheon. The sold out event kicked off with the Section's annual membership meeting. The agenda included the installation of the new Executive Board, the passing of the gavel from outgoing President Rebecca Fuss to incoming President Lisa C. Wemett, and the announcement of the Daniel W. Casey Library Advocacy Award -- congratulations to Recipient Bonnie Shannon (Friends of the Kinderhook Memorial Library) and Honorable Mention presentation to Nancy Bauder (Geneva Library Foundation).

As evidenced in the PowerPoint presentation at the meeting along with the FLS 2018 Annual Report, FLS is well positioned to enter its fifth year. Membership is holding steady (and we’re hoping to increase our ranks in the coming year) and our finances are solid. We have members on our Executive Board from many regions of the state. And we are well on our way to completing many of the goals set forth in New Frontiers for Friends, the Long Range Plan through 2020.

You may read the FLS Annual Report or the Long Range Plan. 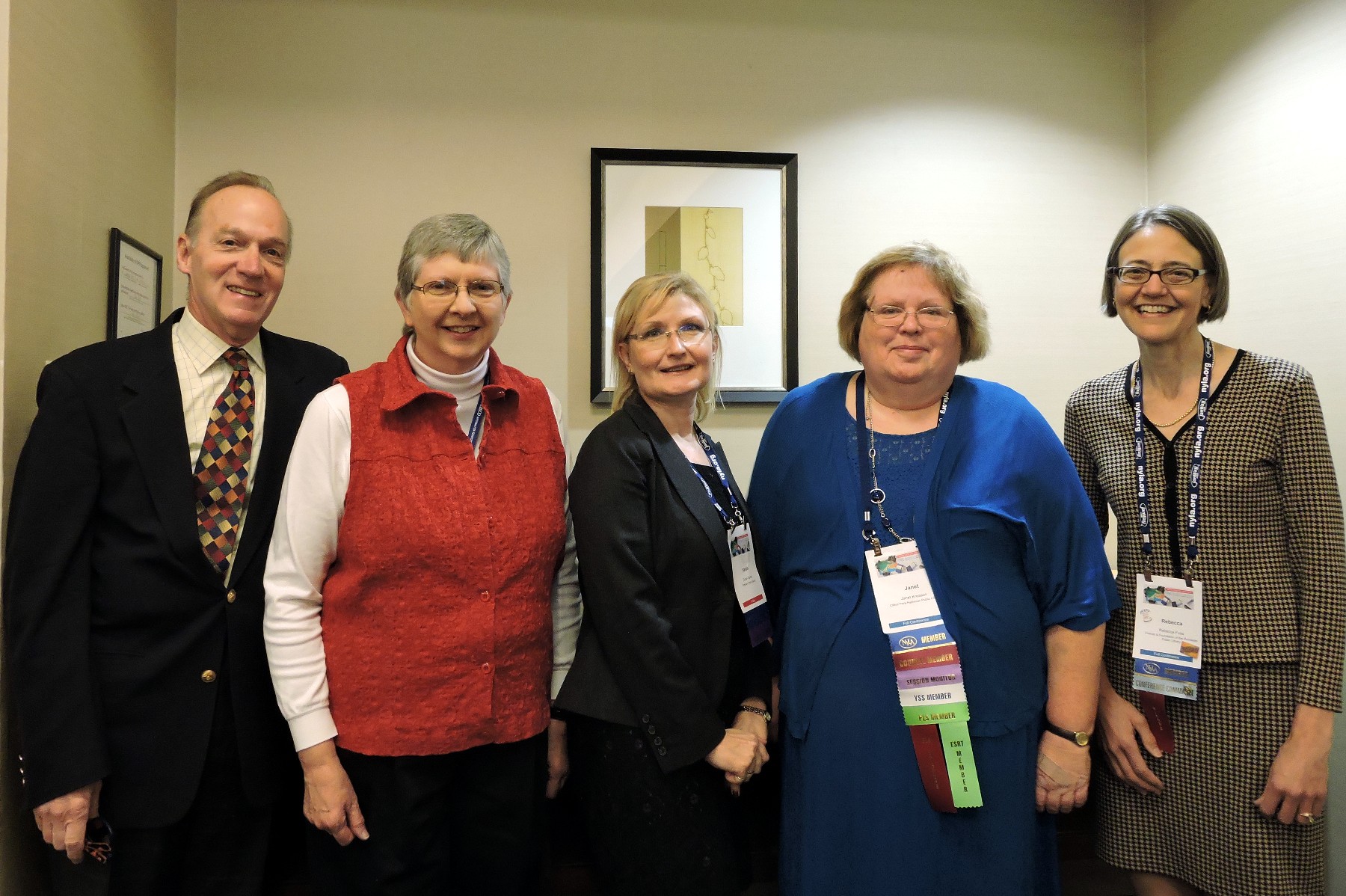 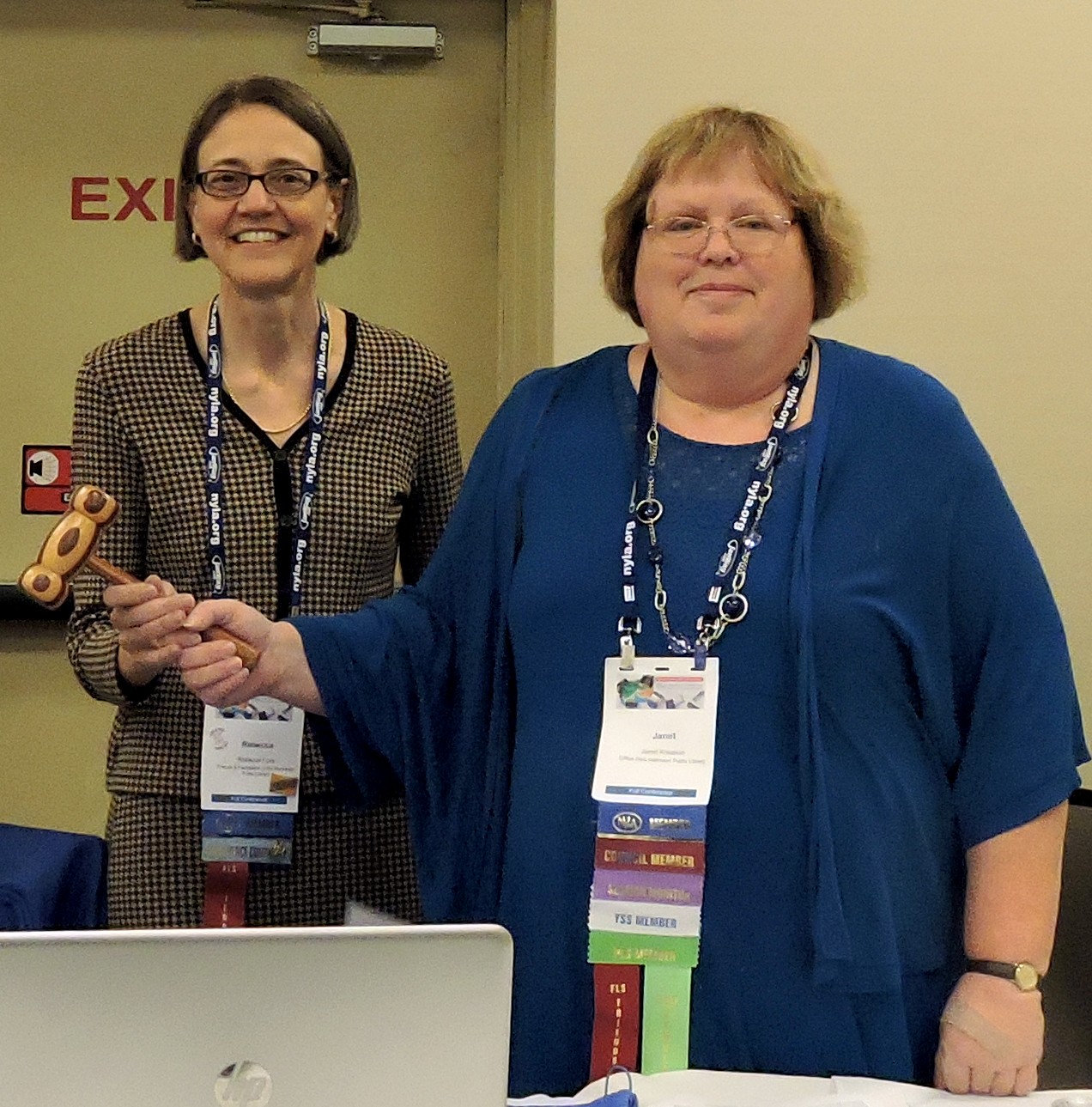 The Friends of Libraries Section ushered in the next administration at its Annual Membership Meeting in Saratoga Springs during the 2017 NYLA Annual Conference on Friday, November 10. Outgoing President Janet Kreason passed the gavel to Rebecca Fuss who will lead the Section as President. She is the fourth person to hold this position.

It will be during her presidency that the Section will embark on its first Long Range Plan.  It is the guide for the next three years, continuing many of the initiatives already in place and looking to develop new projects and services for the Friends of Libraries across New York State.

You may read the FLS Long Range Plan here.

FLS is also pleased to announce that all of the Board positions and committee assignments are full at this time. But that doesn’t mean there is no more room for volunteers. An active member form is in the development phase and will be distributed as soon as it is approved by the board.

Please watch for updates about the work of the Friends of Libraries Section and the ways that you can become involved. The December newsletter is available here.. It has a complete wrap-up of the most ambitious line-up of programs to date for the Section with record attendance and high marks on evaluations; another very successful year! Special thanks to all of the presenters who made this possible. See the archive of presentation resources from the conference here.

pictured above, left; to right, Rebecca Fuss and Janet Kreason

Passing of the Gavel 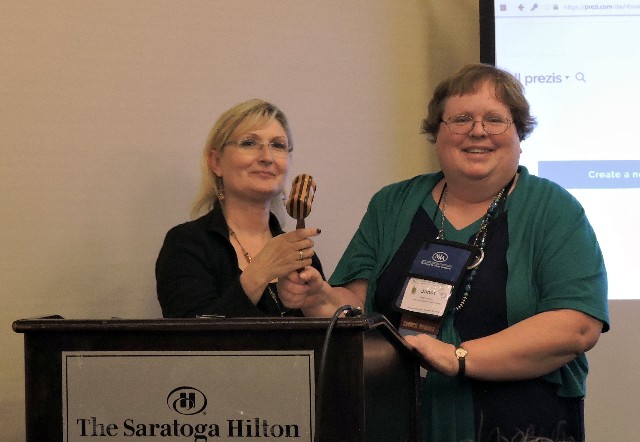 FLS held its Annual Membership Meeting on November 4, 2016 at the NYLA Annual Conference in Saratoga Springs. The gavel has now been passed from Sarah Sachs, now Immediate Past President, to Janet Kreason, President.

Highlights of the meeting included approving the 2015 FLS Annual Membership Meeting Minutes (read them here), a recap of the year's FLS activities, and the installation of the 2016 - 2017 FLS Executive Board.
The December issue of Friends News and Notes has additional highlights from the conference.

The Beginnings of FLS

The Friends of Libraries Section was formed at the Annual Membership Meeting of the New York Library Association on November 6, 2014.  A motion to approve a change in status from Roundtable to Section, which also included a name change from EFR to FLS, was put forth by Rebekkah Smith Aldrich and seconded by Lisa C. Wemett.  It carried by a unanimous vote. 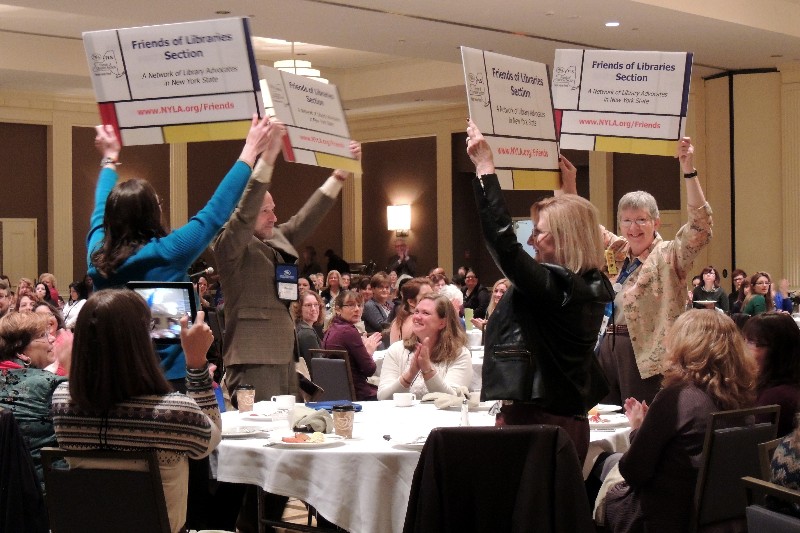