The School Budget Battle of 2016 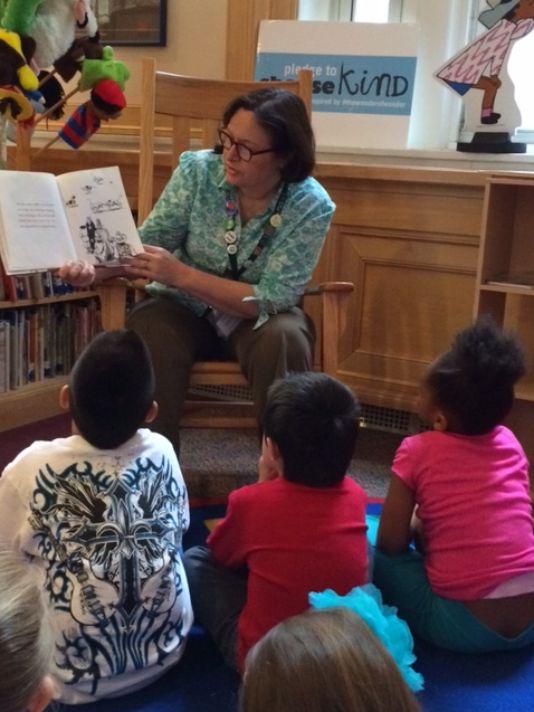 As the school year began, I naively expected to spend the year basking in the earned appreciation of my administration with a focus on leading the state’s section of school librarians as incoming president. I did not imagine myself as poster child for emergency advocacy and likely job loss. Reporting from the trenches, the fight to save school librarians in ongoing, but I am still standing and here to say that help is available.  I am also here to thank our state and national professional organizations. We need them in good times – but we especially need them when times are tough.

By the time I became SSL president at the NYLA conference in Lake Placid last fall, the signs of my district’s distress were already starting to emerge. The first clue was the budget freeze in November. In the 17 years that I have worked in the district, there have been years that the budget froze, usually in the spring. But this year even with a few days’ warning to get those orders for books in immediately, purchase orders were returned unapproved.  The first freeze turned out to be a harbinger of bigger budget woes to come.

By the end of the calendar year we were hearing that the district would be experiencing an eight to nine million dollar budget gap for the academic year 2016-17. Budget planning began in January and, of course, elementary school librarians were featured on the list of cuts to consider. Many other positions and programs were also noted, but as department directors advocated, those fell off while librarians remained. This was a painful reminder that we are not represented in the conversations that happen among administrators other than by our own principals – and as much as mine appreciates what I do, she also appreciates other positions in our high-need Title I school.

I have survived two other budget battles, and with a gap so large staring us down, I wondered if this time I should wave the white flag. I almost did. Instead, I reached out to colleagues and one in particular, Sue Kowalski, NYLA/SSL’s Advocacy Chair, heard my tale of woe and asked directly for support on my behalf. Jeremy Johannesen went into action. He set up a letter generator that sent letters of support to BOE members, administrators and legislators. He advised that we aim for 100, and we exceeded that. Jeremy suggested that someone (not I) write an Op-Ed. At the risk of seeming self-serving, I wrote the Op-Ed anyway (who better than I to advocate for my program?), and the piece was not only published in the local paper but it was also pushed out widely via social media.

Our district held a rally to protest lack of state aid and included a sign “Defend our Librarians.” I was interviewed on local TV and in another local paper.  I reached out to allies and friends for letters to the papers, emails to the BOE and speeches at BOE meetings. The movement to save our district’s elementary school librarians gained strength. AASL offered to help and along with ALA sent a letter of support.

I wish I could say there is a happy ending. I don’t believe the fight for elementary school librarians will ever end until legislation is passed. However, last week the BOE voted regarding cuts to school librarians. Four of seven voted NOT to make the cuts – but that vote is tentative and dependent on whether or not the BOE will agree to ask the community for a tax override and whether or not they can find other palatable cuts. This is not the time to celebrate.