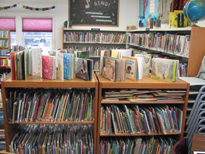 Today libraries are used for more than just checking out books. They have become places that nurture collaboration and interaction between patrons, because of this libraries are now being asked to provide space for more than just books and the other tangible items they house. Space is needed for story times, makerspaces, meeting rooms and so much more! As library usage shifts it can be difficult to find the space for everything that patrons need. Some libraries have decided to digitize much of their collection to cut back on the amount of product out on the floor, while others have taken a different approach.

Rolling stacks have become a viable option for a lot of libraries throughout the state and they are extremely beneficial to libraries that have limited space. Cindy Rubino of the Lewisboro Library says they have been utilizing rolling stacks for a long time and their usage has been bumped up since their recent renovation. Cindy and other members of Lewisboro have 16 rolling stacks that hold their DVD collection. These stacks can easily be moved out of the children’s section and replaced with chairs so an audience can be formed in front of their stage.

Butler Rowland Mays Architects has built a few rolling stacks throughout the Capital Region and NYS (pictured below) and one of their partners, Paul Mays, commented on rolling stacks being useful in children and young adult sections. One reason being, rolling stacks are generally lower to the ground, 42"-60", for stability reasons. This makes them perfect for these areas; you can see over all the shelves and can keep an eye on everyone and all the contents of the shelf can safely be reached by children. Creating space for children and teen programs was another reason Paul believes a lot of this shelving goes in children and young adult spaces. Having shelving units that aren’t fixed in one place can be very 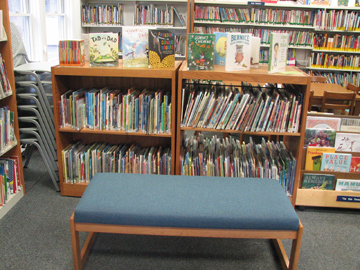 helpful when you are trying to have a story time, do something that involves a lot of movement, or in Lewisboro's case, create an audience space.

Florida Public Library has had two oak veneer units (pictured above and to the right) for 13 years! Madelyn Folino, Director, commented on how well they have held up, with only one wheel needing to be replaced. The rolling stacks usually stay in the children’s section, to avoid bring them over the metal thresholds, and they are pushed to the outer edges of the room when needed. Not only do they fill the selves with juvenile books, but they use the wood veneer strip on top for book displays. Madelyn also says they use the top of the shelves to hold things like candles and lamps when they have their poetry cafes.

Cape Vincent Community Library also takes advantage of rolling stacks. One of their employees, Sharon, commented on how great it was to be able to move the stacks around and create a fresh look for the library. Sharon spent a year managing a retail store and being able to change the layout and presentation of the store gave both the patrons and staff new energy! Being able to change your layout and feature new collections is another significant benefit to rolling stacks. Paul Mays also commented as this aspect of rolling stacks saying "as the nature of collections change in any area of the library, it is easy to modify the furnishings layout on a localized staff level to reflect material availability or highlighting within a department."

The biggest benefit to rolling stacks is their versatility. They can easily be moved from place to place and are perfect for creating the space that so many libraries need. There are, of course, a few things to look out for. One thing that was noticed by the Keene Valley Library was the height of a few of their rolling stacks. Keene Valley had purchased two different sized stacks, one with five shelves and one with three. The stacks that had five shelves were 1 inch too short! This caused the books on the bottom shelf to be laid horizontally instead of standing up, this can be seen in Florida Public as well.

With library usage on the rise it is so important for libraries to be able to provide everything their patrons need. Rolling stacks give libraries the ability to have a space that can be used for multiple things. They provide versatility that is not attainable with most other shelving units. Cindy Rubino said it best “Mutli-function is the name of the game!” 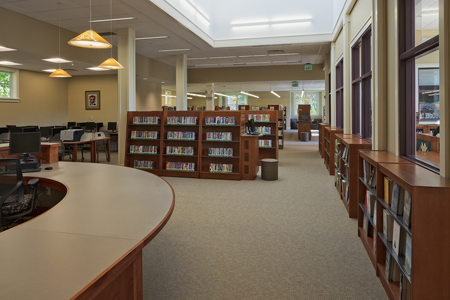 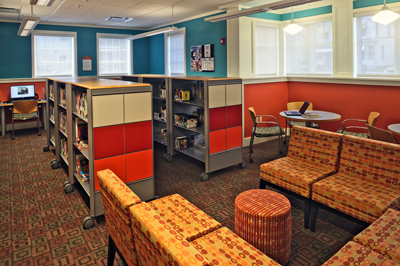