Members on the Move

Library Development specialist Cassandra Artale is retiring after more than 30 years of service at the New York State Library.

The Clifton Park-Halfmoon Public Library was recently awarded the 2013 Library Program of the Year Award at the Southern Adirondack Library System’s Annual Meeting for their program, “The Holocaust Revisited: A Retrospective Review.”

Deborah Cooper has been hired as Visiting Assistant Librarian at the SUNY Cortland Memorial Library.

Susan Currie, director of the Tompkins County Public Library, announced that the library celebrated 150 years since its establishment as the Cornell Public Library in 1864.

The Emma Clark Library has announced the Helen Stein Shack Memorial Picture Book Award to develop and showcase the young writing and artistic talent in their community.

Kathy Fester has been named the library director of an international school located in Tbliisi, Georgia.

Carolyn Giambra, a NYLA Past President, has been appointed to the Board of Trustees of the Amherst Public Library system for a 2014 to 2016 term.

Sara M. Kardasz, the former school library media specialist at the Little Flower School in Wading River, was hired on March 17, 2014 as the new Coordinator of the School Library System at Western Suffolk BOCES.

Lisa Karim is the new director of the Simsbury Library.

Carole Kupelian has retired as a publisher’s rep from Flynn Associates.

Rachel Lee was named Director of the Waverly Free Library. She has been serving as Interim Director since November, 2013.

Meredith Levine, Fayetteville Free Library Director of Family Engagement, has been appointed to the ALA ALSC School Age Program and Services Committee.

Shawn McConnell is the new director of the Newark Public Library.

Janet Park, branch manager of the Onondaga County Public Library’s Mundy Branch, announced that the branch proudly reopened in May with a grand celebration after being closed for three months for renovations. 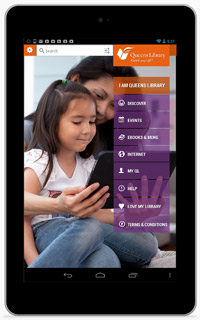 The staff of the Penfield Public Library received a “Service Above Self” award from the Rotary Club of Penfield.

Queens Library was named NY State Broadband Champion Award Winner for Most Innovative Project as well as recipient of National "Library of the Future" Award.

Libby Post and her team at Communication Services worked with the Mount Vernon Public Library to pass its first ever budget. 77% of the voters approved at $4.35M budget which will guarantee a stable financial future for this important community asset.

Stephanie Prato has been named the Director of Play to Learn Services at the Fayetteville Free Library.  Stephanie has also been appointed to the ALA ALSC Early Childhood and Program Services Committee.

The Red Hook Public Library has been selected by the American Library Association as one of 10 public libraries nationwide to undergo an intensive 18-month, team-based community engagement training program as part of the Libraries Transforming Communities (LTC) Public Innovators Cohort.