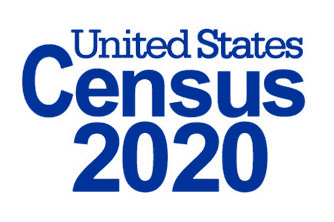 ALBANY, NY – The New York Library Association is sounding the alarm on New York’s lack of preparation for the 2020 Census – the nation’s first to be conducted primarily online – and calling on Governor Cuomo to allocate funding for statewide complete count efforts aimed at protecting our Congressional representation, state budget, and the right of all individuals to be counted. Unless New York State aggressively invests in statewide complete count efforts, a catastrophic undercount in 2020 is a near certainty.

For the first time in history, the U.S. Census Bureau will administer the Census digitally, online. Lack of federal funding has caused the Bureau to cancel field tests, reduce hiring, and delay critical cybersecurity assessments. Further, the actions of the Trump administration - suggesting Census data might be shared with law enforcement, adding a citizenship question, and pushing the Census into a digital space that raises serious concerns about data privacy - have sowed distrust in the Census. The U.S. GAO considers the Census to be at “High Risk” for failure.

Mike Neppl, General Counsel & Director of Government Relations, New York Library Association: “New York State is woefully underprepared for the 2020 online Census. Without immediate, significant investment in complete count efforts, we stand to lose power in Washington and billions in federal funding over the next decade. The decennial Census is an opportunity to affirm our modern democratic values - that everyone counts equally, and that the right to be counted is innate. If the federal government will not protect this right, New York State must.”

Earlier this year, Governor Cuomo and legislative leaders created the sixteen-member NYS 2020 Complete Count Commission to avoid the mistakes of 2010, which cost the state billions in funding for education, health care, and infrastructure. However, the Commission is not fully constituted and has yet to meet despite its report, with funding recommendations, being due to the legislature by January 10th.

Libraries will be primary points of service for New Yorkers who require assistance to complete their online Census forms. Recent data show that 25% of state households earning less than $50,000 annually – households which have historically been undercounted -- rely on their library for internet access. The Center for Urban Research at CUNY recently issued a comprehensive mapping analysis that shows 100% of New York City’s “Hard-to-Count” communities are within one mile of a library, and nearly 99% of such communities statewide within five miles of a library. After a decade of New York persistently underfunding library services, the library community is scrambling to prepare.

Jeremy Johannesen, Executive Director of the New York Library Association: “The New York Library Association calls on Governor Cuomo to allocate $40M in special funding to provide libraries the resources necessary to help New Yorkers participate in the first-ever digital Census. Libraries must provide access to high-speed internet; access to devices that people of all abilities can use; access to digital literacy instruction; access to trained personnel to provide information and troubleshoot; and address IT security concerns to ensure data privacy – all while maintaining day-to-day library services. This is an unprecedented effort in both scale and scope.”

Lauren Moore, Chair of NYLA’s Census 2020 Task Force & Executive Director, Pioneer Library System: “A complete count in New York cannot be achieved without addressing the digital exclusion faced by people in poverty, people in transient living situations, and people of color -- populations also typically undercounted in the Census. If New York is committed to preventing another undercount in 2020, these populations must get counted. Libraries are committed to this effort, but the interactions digitally excluded individuals require from their library are intensive and time-consuming. New York must invest in library Census infrastructure now.”

NYLA encourages individuals to visit nyla.org/advocacy to learn more about how they can support NYLA’s efforts to ensure a complete count in NYS.